From the John William Pope Foundation 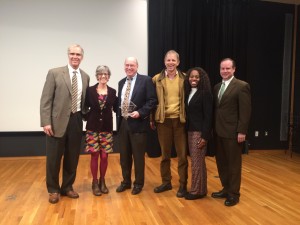 Pope Foundation and NC Theatre staff and board members at the 2016 United Arts Council of Wake County Support of the Arts Awards.

Categories: In the Headlines, The Arts